In the latest episode of Pause/Play Homer Hill tells the story of the Urban Music Fest and how it’s been hit hard by the pandemic. You’ll also learn the history of the festival, and hear the challenges Homer has faced in his thirty plus years as a Black Business owner in Austin, Texas. 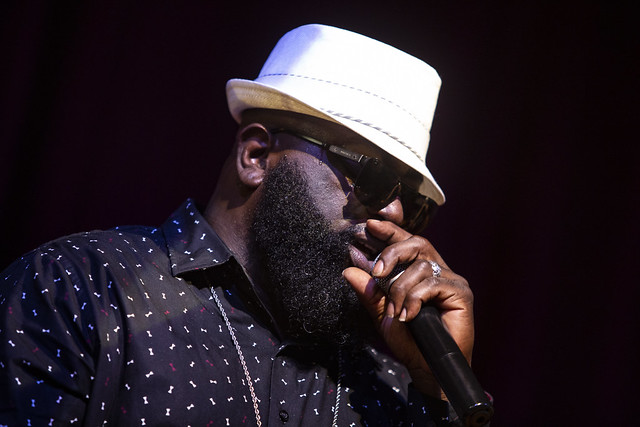 Check out Andrew Weber’s reporting on Venue Funding in Austin

Previous Post: « The Return of Live Music Part 2
Next Post: Mental Health During the Pandemic »
↑ Hide All Episodes

On March 10th the Texas governor re-opened the state. Now businesses can operate at 100% capacity. He also lifted the statewide mask mandate. We talked to musicians, venue owners & staff about how they plan to navigate the reopening. In this episode you'll hear from: Cody Cowan: Executive Director of the Red River Cultural District Stephen Sternschein: the managing partner of Heard Presents which operates Empire Control Room, James Moody: founder of the Austin music venue Mohawk , Kate Holley:  illustrator and also manager and bartender at Cheer-Up Charlies, Clayton England: musician and also bartender at the Far out Lounge…

We talked to people from across the spectrum of the Austin music ecosystem around the 1-year anniversary of the cancellation of SXSW. In this episode, you'll hear how they've coped, pivoted, evolved, gained new perspectives and dealt with trauma during the last 12 months. You'll hear from singer, songwriter and guitar player Jackie Venson, songwriter, producer and activist Mobley, Stephanie Bergara who fronts the band Bidi Bidi Banda, Maggie Lea co-owner of Cheer-Up Charlies, musician and founder of Austin Texas Musicians Nakia, singer, songwriter and podcaster Walker Lukens,  live-event coordinator, screenwriter and co-founder of The Amplified Sound Coalition, Jeannette Gregor,…

Why Austin’s schools aren't working for students of color.